Album of the month tournament - October 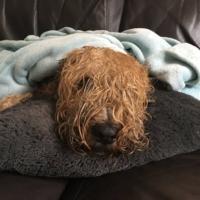 By gigpusher,
October 14 in Chat

Well  that has kept me occupied on a wet Welsh November morning. Here are the stats 40 different albums were nominated by 35 different people.  Coming in 3rd place the Scottish rockers

These are my votes: 1 Biffy Clyro - The Myth of the Happily Ever After 2 Self Esteem - Prioritise Pleasure 3 The Body and Big Brave - Leaving None But Small Birds This was my journ