For my 30th in May I was meant to see him in Dublin. Obviously became cancelled due to covid... my mate contacted him and he drew this as a surprise for me 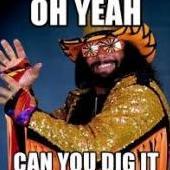 It's probably a subconscious biological thing. He also helped raise you and to be fair, it would be weird if you didn't feel that way. How do you feel about the rest of your family?