I've tried to stay positive about Latitude this year, I really have. I've been so many times, and so many happy memories... I've tried to ignore the £250 per ticket cost for a pretty poor line up

This has been my criticism in previous years, but this year there were places to buy ales and craft beers. The only caveat is that they were very expensive and you had to go to a separate bar which is 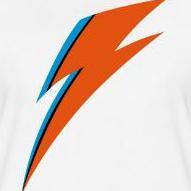 They're gonna need a bigger tent...