The first Isle of Wight festival was held in 1968 under the name "GREAT South Coast Bank holiday POP FESTIVITY", organised by locals to raise money for a swimming pool. 10,000 people were treated to Tyrannosaurus Rex, The Move, Fairport Convention and Jefferson Airplane. The following year attracted anywhere between 80-200,000 to see Bob Dylan, Bonzo Dog Doo-Dah Band, The Nice, Moody Blues, Richie Havens and more. The final - classic - original festival ended up with the fence torn down, and it being declared a free event. Acts included The Doors, Joni Mitchell, Jimi Hendrix and Joan Baez.

The revived 2002 Festival consisted of a big 1 day concert - Rock Island - and a number of small events held over two weeks at small venues scattered around the Island. What was Rock Island is now the 'Isle of Wight Festival', which has been a three-day event ever since 2004.

In 2008 the event added a second Big Top Stage, located in the 'Strawberry Fields' area, a large space next to the arena, housing a fun fair, late night entertainment, stalls and caterers. This area offers live music for early campers on the Thursday night. In 2012 another big stage, and more satellite venues were added. 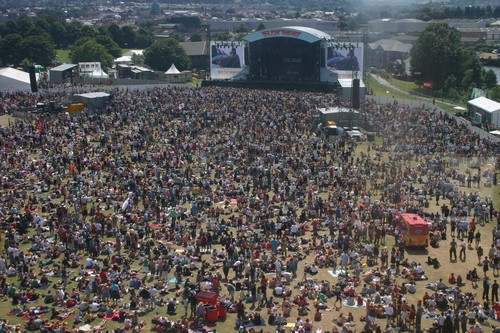