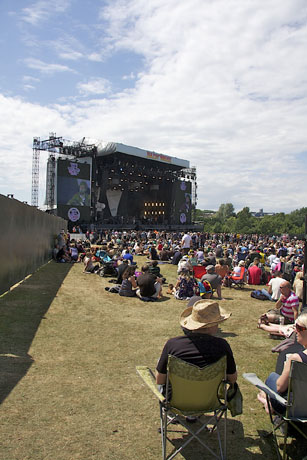 For one year only the Festival is moving from its usual weekend to make way for the Golden Jubilee and half term celebrations. Top rock and indie names, legendary acts, and rising stars, on a large main stage or the smaller tented stage in a relaxed festival atmosphere.

The festival has moved into the fallow Glastonbury weekend. The dates for the eleventh Isle of Wight festival are from Friday 22nd until Sunday 24th June 2012.

Last year tickets sold out. Tickets were priced at £190 for adult camping and have sold out, and £95 for a child ticket (aged 7 to 12 years). The price of an adult ticket without camping is £160 and £80 for children (aged 7 to 12 years). All children 6 years old and under on 22nd June 2012 can go for free but must still have a ticket. A campervan permit will be priced at £100 (all occupiers must also have a valid Camping ticket). Every person attending the festival must purchase a ticket. This includes babes in arms.

The festival which has a licence for a bigger capacity this year of 90,000 has a large main stage in a natural amphitheatre that showcases well known rock and indie names, a legendary act or two, and rising stars, in a relaxed festival atmosphere.

Making a return in 2012 is the 5,000 capacity circus style Big Top which plays host to a campers only special night on the Thursday, and acts as a second stage once the festival begins. 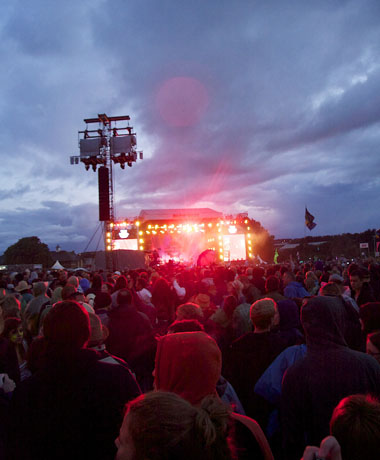