after a two-year absence, Splendour has returned bigger and better 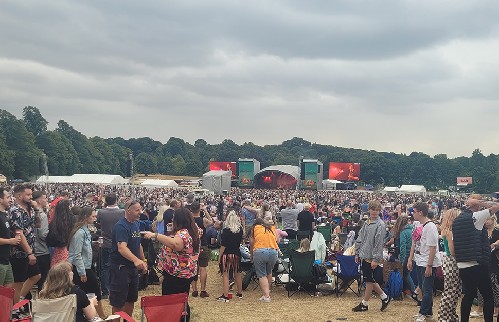 Splendour Festival returned to Nottingham’s Wollaton Park after being absent for the previous two years due to Covid restrictions.  This year the organisers of Splendour decided to make it a two-day event for the first time in its history (Started in 2008), and had picked Richard Ashcroft and Anne-Marie as headliners.
General admission tickets were £56 per day, although if you are a resident of Nottingham City then you could get a discount. However even at £56, it was still a bargain considering the amazing array of bands that were on each day. However, on top of that is the £10 parking fee for each day.

Getting through the security checkpoint to get into the arena was a relative smooth operation, the security staff were very thorough with the bag searches etc, and it must have been a difficult task as Splendour allows ticket holders to bring in picnic type food and drinks (no alcohol though). However, it was a relative quick and painless process. 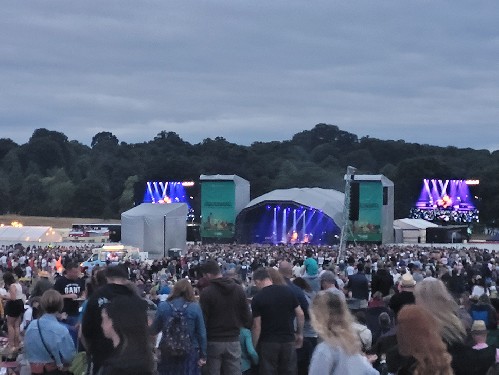 Once in the arena, it was a case of finding a suitable spot to set up our camping chairs, again Splendour are happy for people to bring in chairs as long as they are set up towards the back half of the field to ensure the chairs weren’t obstructing anyone.
Prices for food such as burgers started at around eight pounds and depending on what type of burger you were requesting  the price could creep up to £12 in some cases. Doughnuts were £5 for a bag of five. Cans of soft drinks were £2.50.  Alcoholic drinks were close to the £5 mark. These prices are no worse or better than other festival prices.

By the time we had found a suitable spot to set up our chairs, Jerub had started his performance on the main stage, he was able to keep the crowd entertained with his strong vocals Jerub clearly has all the right ingredients to keep progressing to bigger and better things.  He even threw in a cover version of Adele’s ‘Easy on Me’ for good measure.

Heather Small was possibly the first well known artiste to grace the main stage with an appearance, the crowd appeared to enjoy the M-People hits such as ‘Search for the Hero’ and ‘One Night in Heaven’

One of the wonderful things about Splendour Festival is that the main stage and second stage (Confetti Stage) are within a couple of minutes walking distance of each other, so it wasn’t too inconvenient if there was a band on the opposite stage that you wanted to catch, yes there were still clashes throughout the two days, but it was possible to catch half the set of every act performing.

Sleeper brought their brand of sublime energetic rock to Splendour's Confetti stage and were able to get a great response from the crowd, admittedly the crowd appeared to be made up of people who were able to remember the early 90s when Sleeper were kicking out hit singles that broke into the UK top 10 hit singles charts.
After that energetic nostalgic blast from the past, it was a quick walk back to the main stage to see Becky Hill bring some current music to Splendour. Becky Hill certainly attracted a huge crowd and impressed the audience with her pop type radio friendly songs and choreographed routines, it was difficult not to like her performance. 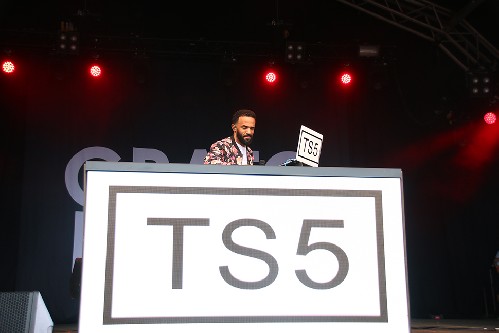 Craig David took to the main stage after Becky Hill and took the audience on another trip down memory lane with hits such as ‘7 Days’ and “When the Bassline Drops”, Craig David’s set was a masterclass in live performance, no gimmicks, just him, his voice and his DJ equipment.

On the confetti stage Belinda Carlisle gave us yet another trip down memory lane into the 80s with her blend of 80s pop. Songs like “(We Want) The Same Thing” and “Heaven is a Place on Earth” are always going to the crowd swaying and singing, and this was no exception. Considering these songs are approaching nearly 40 years old and Belinda’s voice is still sounding as smooth as it did in the 80s. More importantly Belinda delivered the sings with such energy that it would be easy to forget that she has been singing these songs for decades. Possibly one of the reasons her tour is called the ‘Decades Tour’.

Supergrass delivered a set full of their biggest hits, bizarrely the only issue with Supergrass playing live is that it was delivered with such masterfulness that it was almost too slick and therefore even though they delivered a blistering set, it just didn’t have any real stand out highlights as it was all exceptional. The Vamps delivered a high octane set, with their punchy blend of rock music which impressed the younger age group in the crowd. 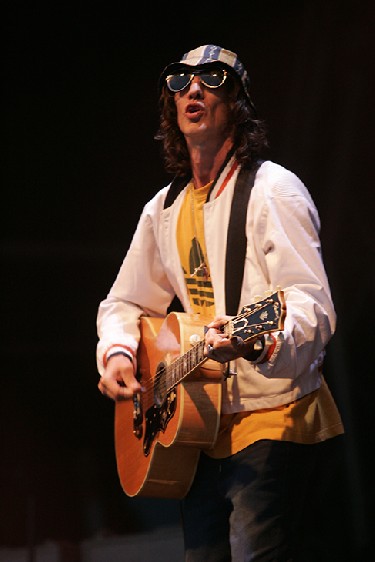 The main stage was set for Richard Ashcroft, and there is no denying he is a superb songwriter, and he delivered a no thrills set, relying on his singing and guitar playing to keep the crowd entertained. Opening with “Sonnet” and balancing the setlist carefully to give both his solo material and The Verve material some exposure. The problem is when you have had such huge success with a band like the Verve it was always going to be hits like “The Drugs Don’t work” and “Lucky Man” and “Bittersweet Symphony” which will always create a heart-warming singalong from the audience.

The following day at Splendour, it was clear that the attendance was smaller than the first day, however the second day had an eclectic selection of bands included in the line-up, by the time we had got into the arena, Vicky McClure and the Dementia Choirwith Tom Grennan were on the stage trying to raise awareness for Dementia and the positive impact that music can have on people diagnosed with Dementia. Tom Grennan got the crowd fired up and he certainly helped shine some attention on the Dementia Choir. Razorlight, Melanie C, and The Human League all delivered the goods and in no time at all the crowd were waiting for the headline act Anne-Marie to arrive on the main stage. 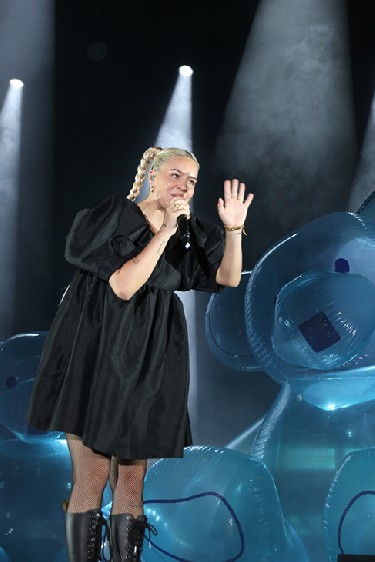 Anne-Marie took to the stage which consisted of huge teddy bear props that light up.  Anne-Marie delivered a full-scale assault on the senses with her brand of personal song writing, and radio friendly hits such as the Clean Bandit collaboration “Rockabye”, as well as recent material from her “Therapy” album. Anne-Marie was the perfect headliner to close the second day of Splendour Festival.

What makes Splendour Festival such a great event is that there is plenty of things to do, they have numerous stages - Comedy stage, Courtyard Stage, Fringe Stage as well as the Confetti Stage and Main stage. As well as a silent disco. There were fair rides and activities such as face painting to keep the children entertained.
After a two-year absence, Splendour has returned bigger and better and hopefully the organisers will keep it as a two-day event in the future.