Glasgowbury is a long running music festival held outside Draperstown in the foothills of the Sperrin Mountains. The 2012 festival will take place on Saturday 21st July and will feature performances from established and upcoming artists.

The camp site will open from 6pm on Friday and must be vacated by 12 noon on Sunday. A designated family camp site will be located on site. Please make security aware of your requirements on entry. No glass bottles / no camp fires / no barbecue stoves are allowed in the camping area.

Camper vans will be allowed to park at the An Rath Dubh Centre, approximately one mile from the site, and are charged around £5, and places are limited. 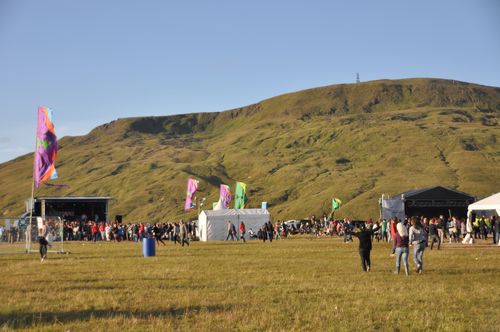