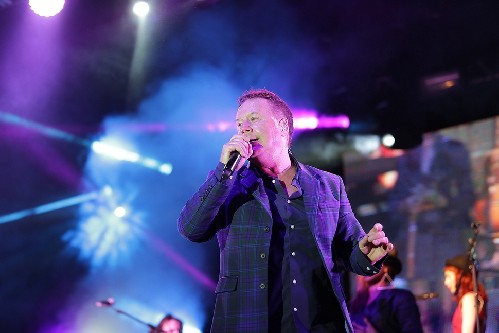 The first acts have been revealed for Camp Bestival, which returns to the picturesque setting of Lulworth Castle, Dorset from Thursday 27th to Sunday 30th July.

Headlining the Castle Stage will be Rick Astley on the Friday, preceded by Sara Cox presents Just Can’t Get Enough 80s to get you in the mood. On Saturday night it's Camp Bestival favourites Clean Bandit, and rounding things off before the firework finale on Sunday will be Simple Minds.  A man of few words and getting straight to the point, Simple Minds’ Jim Kerr said “Simple Minds are delighted to be performing at Camp Bestival next year”.

Two of the Big top headliners are also revealed, with Orbital on Sunday night, and Basement Jaxx (DJ set) on Saturday.

With Camp Bestival Setting Sail for 2018, they're partnering  with one of the greatest sailors: the Ellen MacArthur Cancer Trust! For the first time, a £1 charity donation will be added on to all Camp Bestival tickets, which will go directly to the Trust (Reg. Charity no. 4597114). This money will be used to fund their amazing work that helps young people rebuild their confidence after being diagnosed with cancer.

Captain da Bank says: “Ahoy there shipmates and anchors aweigh! HMS Camp Bestival is ready to set sail with our first wave of salty seadogs to announce. Expect the unexpected from rock giants Simple Minds and Shed Seven to dance gurus Orbital and Basement Jaxx and a cheeky bit of Rick Astley too…  and that’s just the music. From River Cottage feasts and animatronic dinosaurs, to Insect Circuses, pantomimes and a gin festival, it’s full steam ahead for 2018. All aboard!”