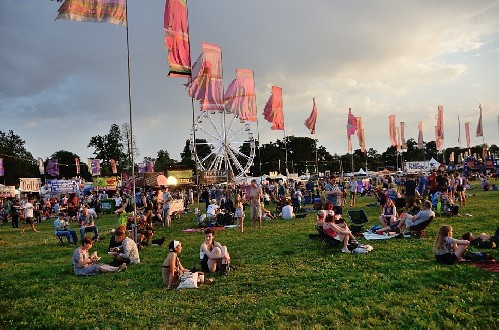 Bringing together many forms of music, arts and dance from countries and cultures around the world on seven separate stage and workshop areas, WOMAD stands for World of Music, Arts and Dance, and returns to the picturesque site at Charlton Park, near Malmesbury in Wiltshire from Thursday 28th to Sunday 31st July 2022.

Along with the music there's the World of Words, World of Art, World of Children, World of Wellbeing, and Taste the World.

4 day adult ticket including camping is £255.

3 day adult ticket including camping is £205.

see the ticket page for other ticket options.

The festival is aimed at the whole family, and allows all children aged 13 years and under, in for free. 'The World of Children' will have the usual comprehensive programme of workshops, entertainment and activities, open from 9am-7pm with almost all activities free. They are held throughout the weekend culminating in the Children's Parade which starts from the Children's area traditionally at 6pm on the Sunday and winds its way through the main arena.