The dates for the fourth Lounge on the Farm music festival, which takes place at Merton Farm in Canterbury, are confirmed as Friday 10th to Sunday 12th of July 2009.

The ethos of the festival is to give local bands and musicians a platform upon which to perform alongside established acts from round the country. There are seven stages in total including a moving tractor stage.

Mr Scruff will be playing a six hour set on the Sunday afternoon. This year Lounge on the Farm will again be paying homage to some of Kent's favourite sons and creators of the 'Canterbury Sound'. Gong, James Taylor Quartet and The Steve Hillage Band, will all be making appearances on the Further Stage.

The site should be open for campers from Friday 9am until the Monday at 1pm. Aside from the music, there will be plenty of amazing attractions including The Village Green with ciders, beers and food concessions where all the goods are sourced from within a 20 mile radius of the site, a solar cinema, there will also be the Little Lounge and Red Tent to keep the younger crowd occupied and the School Of Rock that will be unearthing Kent's future stars.

Lounge On The Farm is adding a new field to the festival site this year - The Meadow opens its gates with a dazzling array of fun, chilling and drama. The Meadow is an extension of everything Lounge On The Farm stands for. From an open air theatre stage to a petting zoo, via pottery classes and foraging the Kentish countryside this is a slice of festival action with out the music. 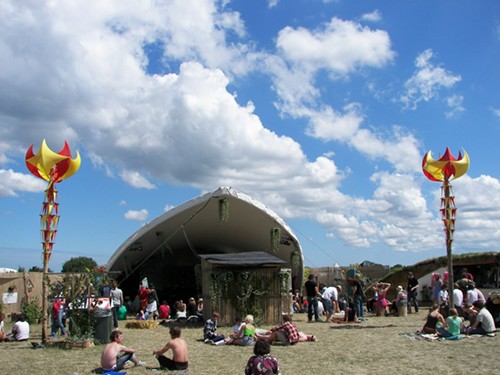