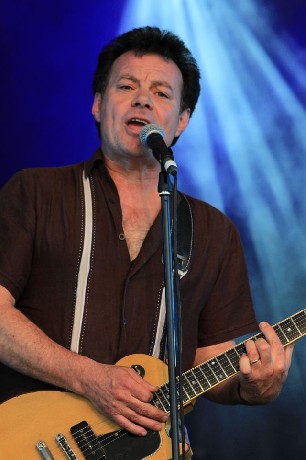 
Headliners The James Hunter Six, lead the latest acts to be announced for Red Rooster Festival taking place in the grounds of Euston Hall, in Suffolk from Thursday 2nd to Saturday 4th June 2016.

Embracing the sounds and lifestyle of the American Deep South, Red Rooster aims to become the event for fans of Rhythm and Blues, Americana, Soul, Roots and Country music offering authentic food and drink to the mix too.

Organiser Harry Grafton, from Euston Hall said, "We're so happy to have secured these talented and inimitable artists, some of which are making their debut UK festival appearances here at Red Rooster. We love these guys and we were thrilled to secure them but there’s still a lot more music line-up and other activities to be announced. In addition, there’ll be a bigger, bolder site at Euston this summer too."

Besides the main and smaller stages, Red Rooster plays host to campfires under the stars, a ‘gators lake, wide open cornfields, shady woodland and fun activities laid on for the kids, which all makes for an atmosphere evocative of Southern-style hospitality and one big fun lovin’ Creole party.

Tickets are priced at £50 for a weekend ticket which includes entry to the festival from 4pm on Thursday 2nd June, with 3 nights of camping and free parking for cars. A Saturday only ticket is priced at £35, with 1 night of camping and free parking for cars. Children aged under 12 years can attend for free. Dog passes were available but have now sold out. Live in vehicle passes are £30, £35 or £40 depending upon size of vehicle.