The nineteenth T in the Park will be back at Balado in 2012 on Friday 6th to Sunday 8th July.

For the full line-up details, and day splits, as available please click here.

Early bird tickets have sold out. Tickets for T in the Park 2012 are priced as follows:

If travelling by car you will also then need to purchase a car park ticket (priced at £10 in 2012).

Citizen T is back and this year with the support of Mr T. Following on from last two year's success the Citizen T manifesto encourages positive community behaviour at T in the Park. It simply involves festival goers looking after each other and their fellow campers, binning their litter, taking the tent home, enjoying the festival whilst remembering to stay safe.

The campsite opens on Thursday 4th July which means you can take advantage of an extra day of festival fun with a Thursday camping ticket, which includes entertainment including the campsite cinema screen showcasing retro and modern classics from the silver and small screen from 5pm till late, and the fairground. 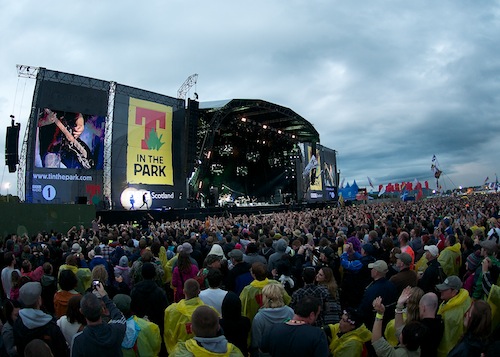