It began in 2002 as a vehicle for Groove Armada to host their own parties with a difference. Lovebox ran hugely successful events at various venues across London culminating with its flagship event On a Summer's Day in 2003. Lovebox has grown from this into an annual music festival held in the capital with an on-going year round roster of events in the UK, Ibiza and beyond, all of which are underpinned by the same music policy. In 2005 Lovebox settled at Victoria Park and in 2007 and 2008 Lovebox brought their festival experience to Ireland with a one day event at Marlay Park. In 2013 Groove Armada announced they were no longer involved in the event putting it solely in the hands of MAMA & Company who had been their partners in the event for the last five years.

During the pandemic the event was cancelled in 2020 and 2021 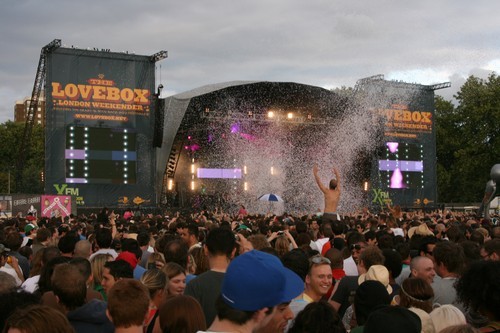