This folk-tinged event, in its tenth year, takes place at Glanusk Park, Usk Valley, Powys, Wales. The dates for The Green Man Festival 2012 are from Friday 17th to Sunday 19th August. The festival offers live music with lots of folk and folktronica bands, plus film, literature, workshop and children's areas, and DJs.

More acts are yet to be announced. For the line-up details as available please click here.

To minimise traffic congestion, any vehicle using any of the three main car parks (General, Family and Holiday Camping) at Green Man 2012 will need a £5 parking ticket. Be warned, there are a very limited number of tickets available for the Family Camping car parking.

FutureGenerations (formerly the Kids Area) is Green Man's all-new adult-freeadventure zone, exclusively designed for young people of all shapes andsizes under the age of 18 - from toddlers to teens and everyone in between across six activity areas. Offering a chance to join the circus, learn to DJ, be part of a film crew, create amazinganimations, make monster hand puppets or hone music productionskills using the very latest computer software.

There's a fancy dress fantasy world with professional costume makers and make-up artists, a chance to have your picture taken inside CamperObscura, paint your whole body and be a walking talking lizard or pirate, Take part in drama classes, make fancy dress masterpieces, learn circus skills and find the hidden performer inside. 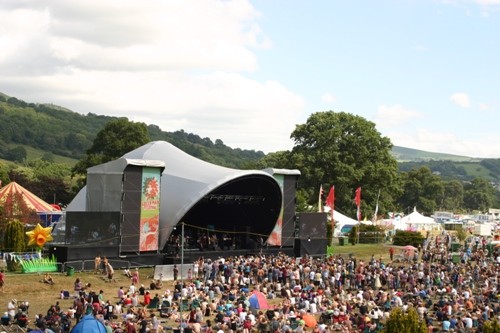