A four day event with three days of music and more than 100 acts playing indie, psychedelia, americana and folk across 5 stages, while DJs playing everything from psychedlia, dub-reggae, modern electro and stoner rock right through the night.

The festival which takes place at Glanusk Park, Usk Valley, Powys, Wales. The dates for The Green Man Festival 2009 are confirmed as Friday 21st to Sunday 23rd August. The festival is organised by folk duo It's Jo and Danny, there's live music with lots of folk and folktronica bands, plus film, literature, workshop and children's areas, and DJs.

Tickets have sold out. Adult weekend camping tickets were priced at £115 for the weekend. Weekend teenager tickets (ages 13-17 years) were priced at £50, with children aged 12 and under free. All teenagers and children must be accompanied by a ticket playing adult. Live-in vehicles were an additional £35, and car park tickets are priced at £5. This year organisers are offering a Holiday Ticket, where for only an extra £30 festival goers can arrive on site on Monday 17th and camp for a further 3 days in Glanusk Park.

New surprises for this year are 'Einstein's Garden', which will introduce thought provoking green issues in a fun, informative way, and 'Little Folk', which is a larger children's area with even more workshops, entertainment, and stuff to do. Plus this year Chai Wallah's host their own mini-festival.

This year the kids' area has been moved to an even bigger space just a two-minute toddle from Family Camping (Opening times: 10am to 6pm Friday, Saturday and Sunday). A full weekend of activities includes story-telling, arts and crafts, face painting, music workshops, puppet making, puppet shows, mask making, comedy and clowning, an opportunity of taking part in the green man children's parade on Sunday, film making workshops and a chance to have your own animation shown in the film tent. An electronic tracking service is available for hire for parents who are worried that their child may become lost at the festival. 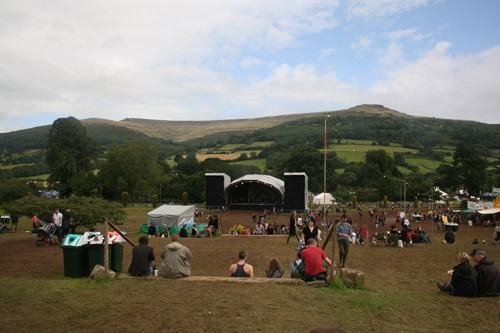