Eleven contrasting stages play host to an array of musicians, including a few musical heavyweights, as well as a selection of local talent. The festival is independently funded and has no involvement in corporate organisations, nor does it receive any sponsorship. The festival has a high attention to detail with every inch of the site taken into deep consideration.

The three day Beatherder festival takes place in Gisburn, Lancashire, with the dates for this the seventh year confirmed as Friday 29th June until Sunday 1st July 2012.

Tickets have sold out. Early bird ticket offers sold out rapidly. Tickets were priced at £100. A child ticket for those aged 12 and under was priced at £17, with infants (18 months and under) able to attend free. A car parking ticket was priced at £6. A campervans/live-in vehicle pass is priced at £17 - please buy in advance to reduce the queues seen in 2011.

The fancy dress theme for 2012 is brought to you by the letter A. Plenty to go at, Animals, Acrobats, Airliners, Armchairs, ABBA, etc.

The festival gates will open at 12.00 midday on Friday. For health and safety reasons no one will be allowed on site before then. 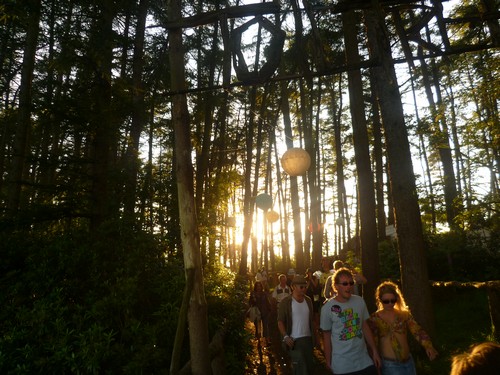