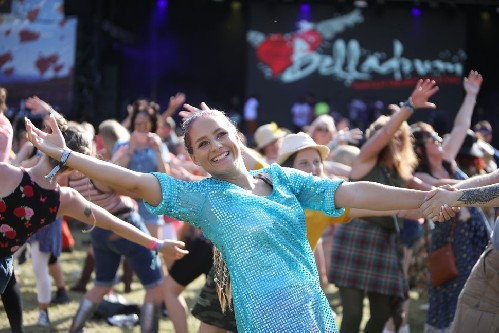 Next year's Belladrum Tartan Heart Festival which takes place at the Belladrum Estate, near Beauly in Inverness-shire, Scotland from Thursday 30th July to Saturday 1st August 2020 has sold out already!

The festival has held back 1,000 which will be put on sale for diehard fans of artists featured in its first headliner announcement which Bella hopes to make towards the end of the year.

Festival spokesman Dougie Brown said "We deeply appreciate the enthusiasm shown for the festival by our family audience which comes off the back of our most successful edition of the festival yet which happened only just over a week ago," said . "We have put the same number of tickets as in 2019 on sale including free kids' tickets and have simply been delighted by how keen our loyal audience is to come back again next year."

Current adult ticket holders will be given preferential treatment with the initial allocation of child tickets being released to them first on a pre-sale link via Skiddle and any unused tickets will be put on general resale shortly afterwards. Resales will be made available at 10am on 1st October and then continue to take place on the 1st of each month going forward.