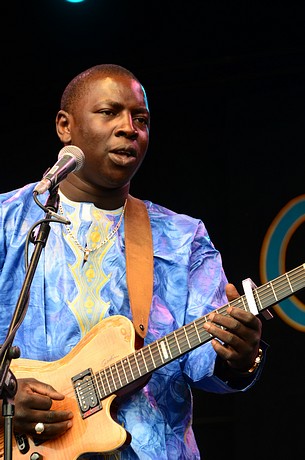 Many other acts from across Scotland and further afield are still to be announced. As well as music the event will present comedy, theatre, dance, film and spoken word.

A collaboration with Reel Festivals will highlight a Scottish Middle Eastern connection, featuring filmmakers, writers, musicians and poets in a performance and discussion event.

Workshops, real ales, dedicated children’s activities, a sauna, heritage and environmental workshops and much more will feature at Knockengorroch World Ceilidh which is located in one of Europe’s designated Dark Skies Parks and a recognised UNESCO biosphere site near the Southern Upland way at Knockengorroch farm, Carsphairn, Kirkubrightshire, in Scotland.

The main stage, the Bo Airigh, is named after the sacred cattle that were once worshipped in the valley, the Shieling dance tent is another reference to the land's prior use and the Celtic longhouse, once a common site in the hills, is revived again with rousing fiddles, sitar and kora.