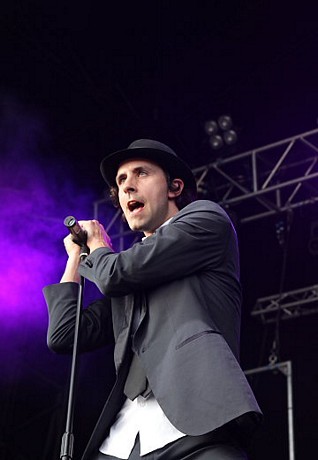 Also confirmed for the main stage is Victorian Trout Conspiracy, with Home Service, and New Rope String Band the first acts revealed for the Drystone Stage.

The first acts for the Bar Stage have also been revealed and are The Undertones, Bombskare, Roughneck Riot, The Boston Tea Party, The Minx, Thatcher's Bush, Carousel Circus, The Bluebuds, Nikki Rous, Missarioty, 13 Stars, Life In A Glasshouse, and David Kay.

The acts previously confirmed for 2013 include Afro Celt Sound System, Oysterband, Utah Saints, DJ Yoda, Eat Static, and Brother Bear. There will be seven stages of entertainment to be announced in total with a host of other folk, pop and rock bands appearing across the weekend. For the line-up details as available please click here.

There are still many more acts to be announced for the tenth Solfest taking place over August Bank Holiday weekend from Friday 23rd to Sunday 25th August, 2013 and offers something for everyone, with a main stage, dance tent, second stage with many smaller acts, and a children's area with workshops to amaze, educate and enthral kids and adults throughout the day.