first acts confirmed include The Undertones, Klaus Says Buy The Record, and more 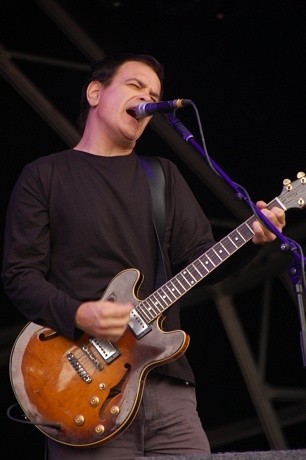 The Wedding Present have been announced amongst the first acts for the new Red List Live festival.

Neither frontman David Gedge nor The Wedding Present intend to tour extensively in 2009, and this is one of a handful of one-off appearances by the Eighties indie band this year.

Seventies Irish punk power pop band The Undertones, will be bringing 'Teenage Kicks' to the festival, held at Port Lympne Wild Animal Park in Kent from Friday 19th until Sunday 21st of June.

The festival promises a line-up of many more live music acts and DJ's and will offer around 200 acts in total, along with a host of other activities, including the animal park which will be open to all festival goers.

Early bird tickets are on sale priced at £99 (for 13 years and older) A child tickets (4-12 years) is priced at £20, and tickets for under 4's are free (Please note ticket still required). Anyone under 16 must be accompanied by an adult. To buy tickets, click here.

The festival is not associated with last year's ZooThousand festival, it just happens to be utilising the same site.

£5 from every weekend ticket sold, and 50 per cent of the profits from the festival will go to the charity. A fundraising target of £100,000 has been set for 2009, with the festival hoping to help donate £1,000,000 for some of the world's most at risk animals in five years. Red List LIVE will also help raise awareness of the endeavours of the IUCN's Red List of Threatened Species which is widely recognised as the most comprehensive, objective global approach for evaluating the conservation status of plant and animal species.