Pinkpop Festival is an annual rock festival held in the city of Landgraaf, 134 miles from Amsterdam, near the city of Heerlen and situated in the most South bound province of Limburg, Netherlands. It is held annually on the Whitsun weekend (Pinksteren in Dutch, hence the name).

The festival is one of the oldest music festivals in Europe starting in 1970 and has grown to its current capacity of 60,000 and three days of music on three stages. 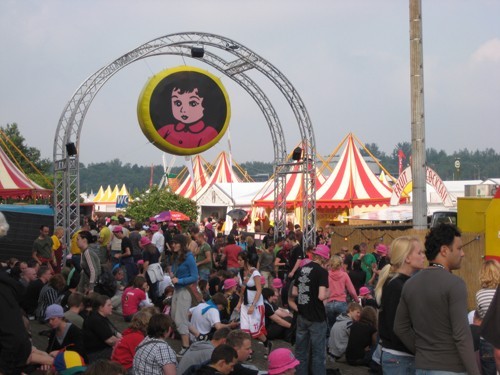