The event is called Truck Festival because bands originally used two trucks put together as the main stage, when this festival first took place in 1998.

Founded by brothers Robin and Joe Bennett on a farm within a welly wang from their family home, Truck now attracts over 5,000 revellers each year. The festival went back to basics in 2012 when Truck went under new management and is now organised by the people who hold Y-Not Festival. In 2016 both were sold to Global group.

In 2008 Truck added a sister event called Wood, a new festival celebrating music and nature in the surroundings of Braziers Park, Oxfordshire held in May. The event morphed into the Wood Sessions in 2012. 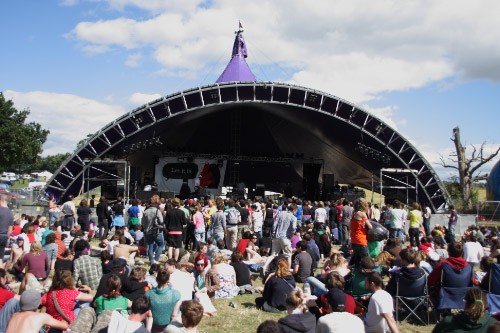 THE HARA - We All Wear Black (Official Video)
video of the day
last updated: Sat 21st May 2022

Spector - I'm Not Crying You're Crying
video of the day
last updated: Thu 5th May 2022