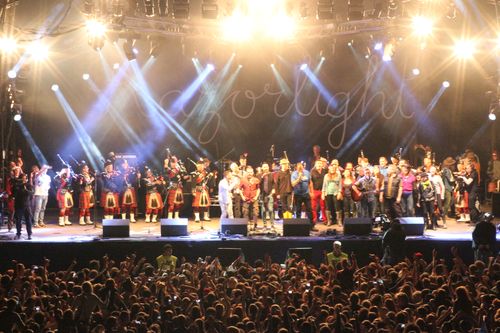 In order to see The Proclaimers, festivalgoers will need to buy a three day ticket to the event as the usual weekend ticket does not give access to the main stage on the Thursday night.

Tickets have sold out each of the past seven years.

The Fancy Dress theme is 'Superheroes' . To celebrate some of Premier British Wrestling's own superheroes will be battling it out in the ring including Jack Jester, Grado, Noam Dar, and Kid Fite.

Funbox, the family show from Anya, Gary and Kevin, will be presenting ‘Fancy Dress Fun’ on the main stage at Belladrum. They are urging the audience to dress up in their favourite, fanciest, coolest, grooviest outfits and come to join the fun at the garden Stage.