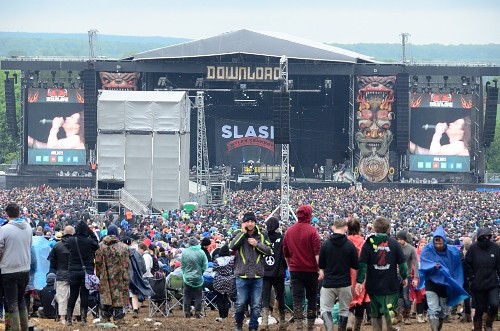 System of a Down are topping the Friday line-up. Making their headline debut this year, will be Biffy Clyro who headline the Saturday, while Aerosmith will make their return to the Main Stage on Sunday with their only UK appearance of 2017.

Tickets will also be available on the ticket deposit scheme at no extra cost, allowing fans to pay a small deposit to secure their ticket and then five equal monthly payments.

At RIP (Rest In Peace!) you can either pitch your tent (and park your car), or order glamping accommodation (yurts, bell tents etc) and get access to 'superior' amenities, and 24 hour assistance from an event management station. The RIP campsite at Park Farm also boasts a convenience shop (Little Shop of Horrors), refreshments area (Hell's Kitchen), Eco Day Spa, Dressing room and Lockers.