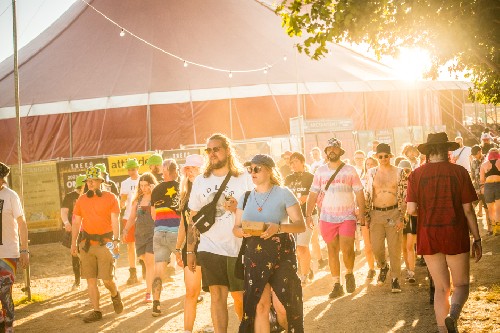 Early July, the start of a heatwave*, and festival season is in full swing. No restrictions, just a chance for the true joys of summer. Excitement ready. Let's go.

Sadly, due to the circumstances of limited holiday and a packed summer of overdue festivals, we didn’t arrive at 2000 Trees until early on Thursday evening. There’s a slight sense of missing out on some excellent acts - Heavy Lungs, Black Foxxes, Pulled Apart by Horses all performing on the limited Wednesday entry is a real shame - but that doesn’t take away from what remains.

*This was written before the really dangerous days a week later. Stay hydrated and safe 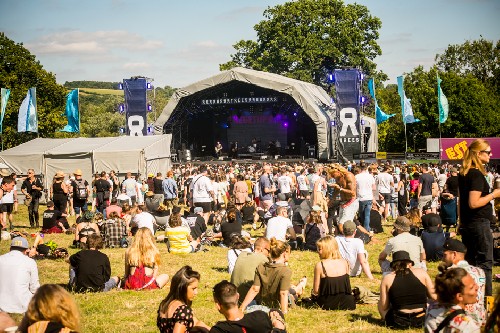 Arriving and pitching a tent to the sludgy serenade of Dinosaur Pile-Up was thoroughly enjoyable, Upcote Farm bathed in sunlight is a gorgeous sight, and a site with an excellent lay-out. Each stage is at the bottom of a gentle slope, creating an excellent chance for attendees to comfortably view the acts, with the smaller stages further up the hill, and limited sound bleed between them. As we wander past Creeper on the main stage, we stop for a couple of songs of their excellent gothic glam sound, before hopping over to see Royal Republic. These guys are impressive, mainly because they do absolutely nothing interesting, just pure, bombastic rock n roll, simultaneously sounding both fresh and nostalgic, and being immense fun to watch.

We peruse the nearby food options, settling on a tasty burger. We munch outside the Axiom tent to watch Anti-Flag, one of the oldest bands on the line-up, yet still retaining the passion, and political energy to deliver a powerful, peerless punk performance. 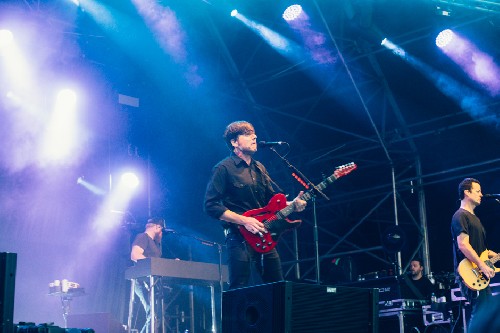 Onto the day’s main stage headliner, Jimmy Eat World. I haven’t seen them since my early festival outings at Reading, and they remain much the same, entertaining pop-punk, yet after about 40 minutes it felt samey. We linger for probably one song too many, then decide to go and check out the Forest Stage for the first time, with Joe Unknown playing there. He’s very impressive, blending punk and trip hop vibes together elegantly.

Exploring the Forest Stage and surrounding woods is a delightful way to end the evening. There’s a number of little dens and attractions, including a pair of weird instruments that appear to be different sized didgeridoos in a line with sandals there to hit and create different notes. 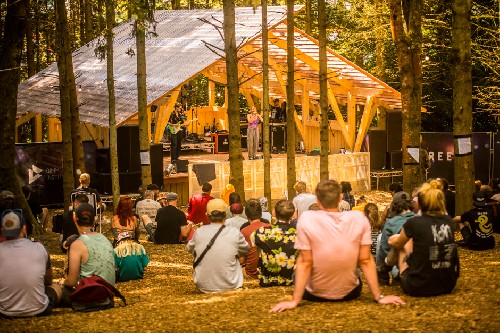 Slowly rising on Saturday morning (afternoon), we make our way over to see Petrol Girls in the Cave, and wow are they good. Punk at its roots is reactionary, political, and they have all of this, speaking out about modern feminist issues in between songs, with passion and anger, with their songs being powerful and vibrant.

Exhausted by both the intensity of Petrol Girls and the day’s heat, we head over to the Word Stage. Lazing in a shady tent in a deckchair listening to spoken word and comedy is thoroughly enjoyable, and we return multiple times over the rest of the weekend. The acts are a little inconsistent, but the Alternative Book Club offered some nice wry wit, and the Punk Rock Ukulele Workshop was an amusing and enjoyable hour.

After a chilled little break from bands, we went to see Heck. After a 5 year hiatus, this comeback performance felt filled with pent-up energy, with the band spending almost as much time in the crowd as on stage. Another massively intense, exhausting set, and with the heat unrelenting, we mostly stay in the smaller, cooler stages. Wych Elm, Bears in Trees, and Young Guns offer some nice entertainment amidst the movement between shady areas and grabbing pints. 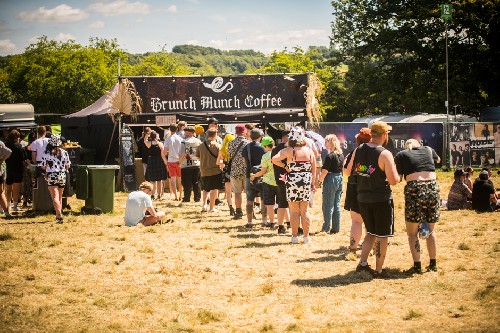 The beer range is limited, but it’s real beer at least. Purity Brewery are here, with their Lawless Lager and Bunny Hop pale ale. A little lacking in flavour, and priced at the typical festival £6/pint, but pleasantly sessionable, and at least it’s not Brewdog with their ridiculous attempt at claiming punk branding. It’s unfortunate there’s little else on offer, but the bars are well-staffed and move quickly, also serving a very tasty White Ukrainian.

After a bite and an excellent performance by Vukovi, we head back to the Forest for Girli. More hip-hop than any other band here, with a backing track and no live instruments, she still epitomises what modern punk looks like. Angry, autobiographical lyrics, and an amazing stage presence. Sadly her set is short, but that lets us catch the end of Thrice’s headline set. 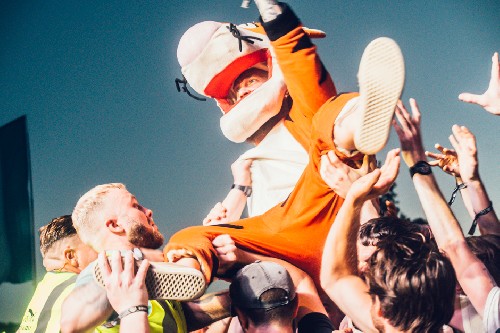 Night entertainment at Trees is focused around the Silent Disco, with it broadcast across the stages, and gentle light shows accompanying it. Having half the festival singing different songs and dancing around is a great end to a great day.

Awakening to a hangover and an even hotter Sunday, we spend most of the early afternoon shade-hopping between more comedy and bars. We catch the enjoyably grungy False Advertising, the impressive poppy hardcore of Blood Command, but largely relax to save energy for McLusky. Seriously “Fuck This Band”. They’re just too goddamn good. Interspersing their set with wry jokes about the Mars Volta, they showcase their full range of melodic hardcore.

Afterwards, we head to check out The Wytches. They started off with some fairly pleasant, albeit slightly generic indie rock, but for the final 2 songs, they suddenly bring out some great doom-influenced sludgy bass lines, and become far more memorable and epic than the rest of their set put together. 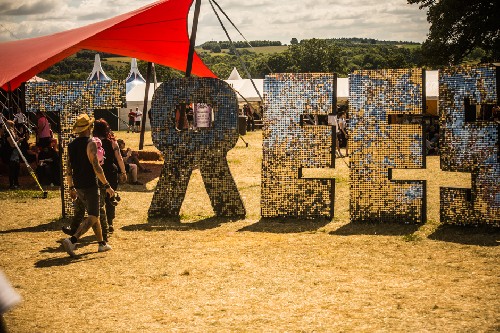 We had a hunt for water taps, with a few out of action, and they were already a bit sparsely spread. Given the high temperature, this is a bit of a worry, and hopefully it’ll be something they consider better for next year, but as the biggest downside of the festival, that’s not bad.

And so to the finale. IDLES started with a more mellow feeling than their sets used to, but this was the calm before the storm, building up elegantly through their set starting with the doom-influenced “Colossus”, through the bouncy “Mr Motivator” and angry “Mother” with a rambunctious performance that gets the whole crowd shouting along. 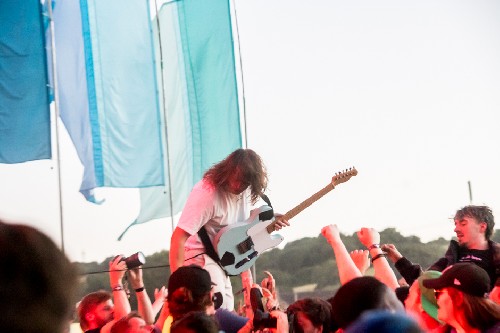 Ultimately, issues with the heat, water and signal aside, 2000 Trees was excellent, the site was stunning and well laid out, the music was brilliant and diverse, showcasing everything punk has to offer in 2022. Roll on next year.