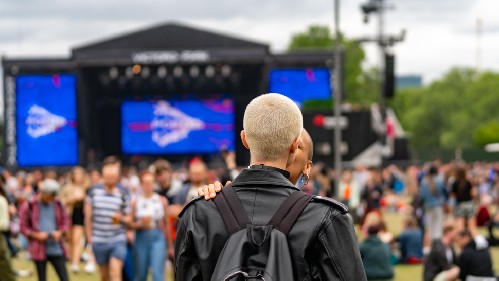 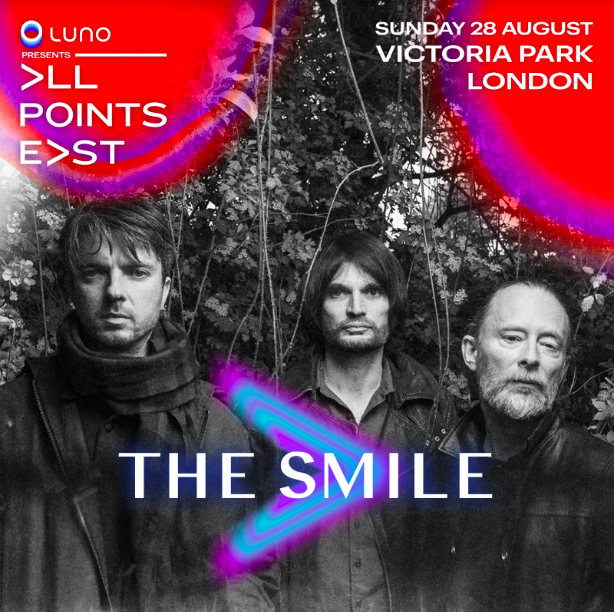 Joining Nick Cave and The Bad Seeds are very special guests The Smile. Composed of Radiohead members Thom Yorke and Jonny Greenwood and Sons of Kemet drummer Tom Skinner, the three piece made their surprise debut performance at the livestreamed Glastonbury Festival event last year. This was followed by three consecutive sold-out live shows in January, which took place over a 24-hour period in London, simultaneously live streamed to a worldwide audience.

The Smile’s debut album A Light For Attracting Attention was released digitally on 13 May. The 13-track album was produced and mixed by long term Radiohead collaborator Nigel Godrich. The band are currently on their 2022 European tour, with two sold out shows coming up at London’s Roundhouse. Luno presents All Points East is the band’s only UK festival announced to date.

Remaining in August but reverting to its double weekends format, All Points East 2022 takes place on Friday August 19 and Saturday August 20 and then the whole August bank holiday weekend from Thursday August 25 to Sunday August 28. Once again, the festival is the place to experience the greatest nights of music from the world's best live acts and discover your new favourite bands.

Q Magazine awarded All Points East 2019 ‘Festival Of The Year’. In May 2019, All Points East won the award for ‘Best Festival’ at the Music Week Awards. The year before, 2018’s debut established this essential new event as one of the best festivals in the UK. Winning ‘Festival Of The Year’ at the Music Week Awards and ‘Line-Up of the Year’ at the UK Festival Awards, All Points East 2018 boasted headline sets from LCD Soundsystem, The xx, BjoÌrk, Catfish & The Bottlemen, The National and Nick Cave and the Bad Seeds.