plus the vaccines, and many more 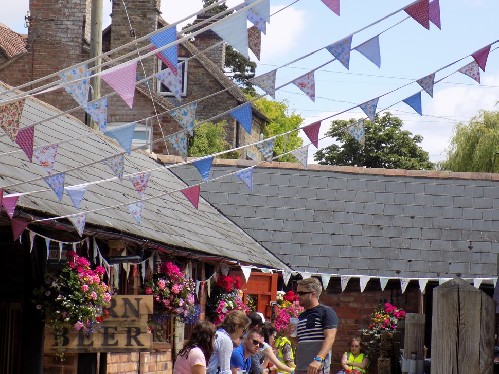 Barn On The Farm Festival 2022

Gloucester's Barn on the Farm festival will take place this year after a 2 year hiatus. The event will run  from 30 June to 3 July, at Over Barn, GL2 8DB.

Barn on the Farm is excited to announce the addition of more artists to its line-up for this year, including Saturday night headliner, Bombay Bicycle Club. Plus, The Vaccines make a very welcome return as special guests, and Cavetown will be performing a one-off special acoustic show.

The new additions are as follows:

The full weekend line-up is now as follows:

North London’s Bombay Bicycle Club’s melodic, guitar-led anthemic music promises to be a perfect fit as headliner for party night on Saturday at Barn on the Farm. Their 5th studio album, ‘Everything Else Has Gone Wrong,’ was released to much acclaim in January 2020, when the band reunited from a 6-year hiatus. They have since released a live album, ‘I Had the Blues but I Shook Them Loose – Live at Brixton.’

The Vaccines make a very welcome return as special guests on the Saturday with their upbeat anthemic indie-rock. They last played Barn on the Farm, wowing festival goers as surprise special guests, at the 10th Anniversary edition back in 2019. Their fifth album, ‘Back in Love City,’ made Top 5 in the UK Charts; they also released a new 6-track EP this April entitled, ‘Planet of the Youth.’

In contrast, Cavetown, aka, Robert Skinner is a 23-year-old singer-songwriter from Cambridge, who garnered a young fanbase back in 2018 for his delicate and sensitive bedroom-created music. His debut album, ‘Sleepyhead,’ reached Top 20 in the Billboard Americana/Folk albums chart. In January 2022 he released two singles, ‘squares’ and ‘y 13’, and in February collaborated with another Barn on the Farm artist Beabadoobee, on the poignant romantic track, ‘Fall in Love with a Girl.’ One to Watch.

Intimate Thursday tickets have sold out, leaving a limited number of both Behind Barn Doors Friday and General Weekend tickets left. Alongside these, Saturday and Sunday day tickets still available. Car Parking tickets need to bought this year. However, to encourage lift-sharing, we will return the price of ticket as a bar voucher if the car arrives with 4 or more people in!

‘a small festival that continues to break the rules.’ Dork

Barn on the Farm is an independent down-to-earth gathering of like-minded music fans who congregate as one united community each year (bar covid years) on an actual working farm in Gloucester.  It is the place to hook up with old friends, party with new ones and check out an impressive range of music. Ahead of the game when it comes to sourcing the best emerging talent it is renowned as the go-to festival for discovering the headliners of tomorrow. Ed Sheeran, Sam Fender, Hozier, George Ezra, James Bay, Ben Howard, Rag’n’Bone Man, Tom Grennan, Tom Misch have all passed through the barn gates before exploding internationally.

Small but perfectly formed, Barn on the Farm is spread over 3 stages (The Wooden Barn, Outside and Main), only a hop, skip and hoedown apart. It started 12 years ago with Josh, a barn, a couple of bands, a few pints and very high expectations. 12 years on, Barn on the Farm is looking forward to brighter times ahead this summer and what better place to appreciate the joy that good music can bring us all.

Barn On The Farm Festival 2022

Barn on the Farm announces Bombay Bicycle Club as Saturday headliner for 2022
plus the vaccines, and many more
last updated: Thu 21st Apr 2022