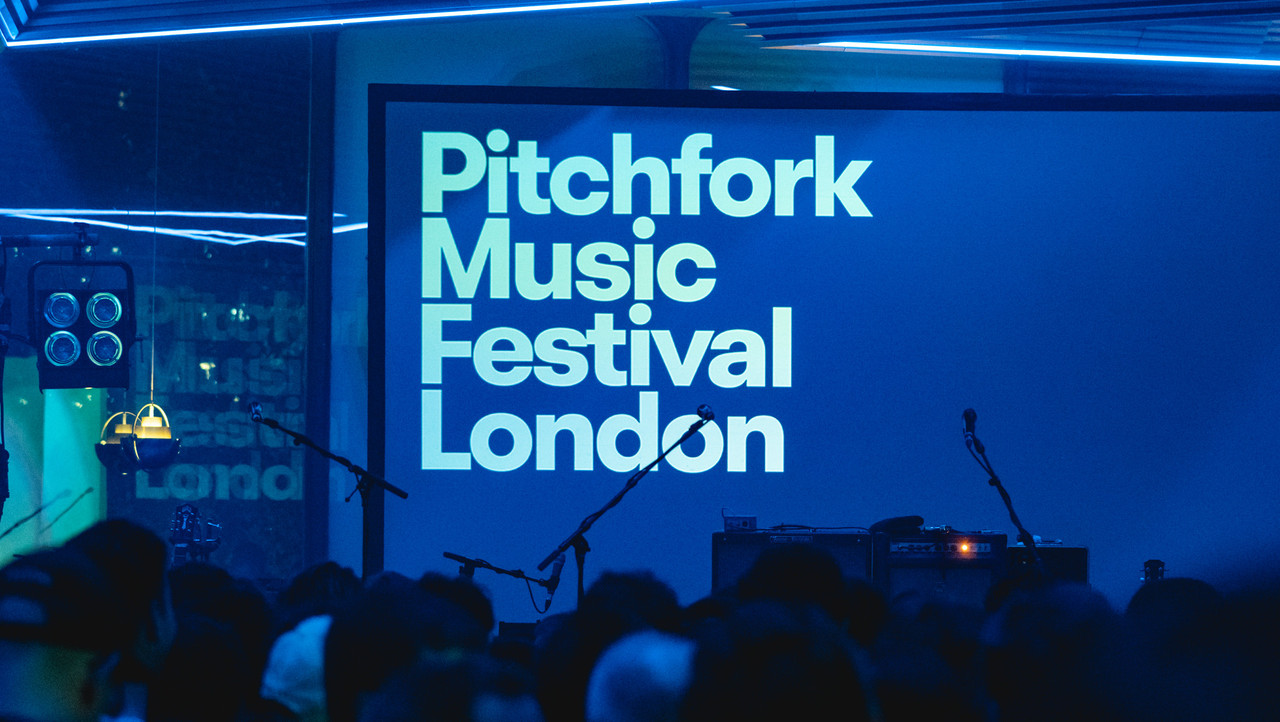 The UK festival scene is already deliciously crowded, particularly during the summer and especially around the key historic, tired venues. Therefore, It’s rather refreshing to see a festival emerge in a later period of the calendar and spread itself nicely around many London venues and postcodes. Behold, the first Pitchfork London festival is upon us, with a lineup so electric and so bleeding-edge-hipster that it does to Wide Awake Festival what Wide Awake did to All Points East – further push them towards the more mainstream side of indie.

With so many bands and venues on the bill, it’s impossible to see everyone. Metronomy joined the bill late due to the cancellation of Bobby Gillespie and Jehnny Beth - and they treated us to a glorious set of new material from unreleased Small World album, live from Hackney Wick’s Colour Factory; the same time as New Yorker Cassandra Jenkins was headlining St Matthias Church in Stoke Newington. The night before saw US rapper Mykki Bianco playing the Village Underground on a solid bill, alongside Anna Meredith and PVA playing Fabric just off Farringdon. The diverse range of genres complimented proceedings nicely, and the varied venues allowed punters to mix and match to the parts that suited them. 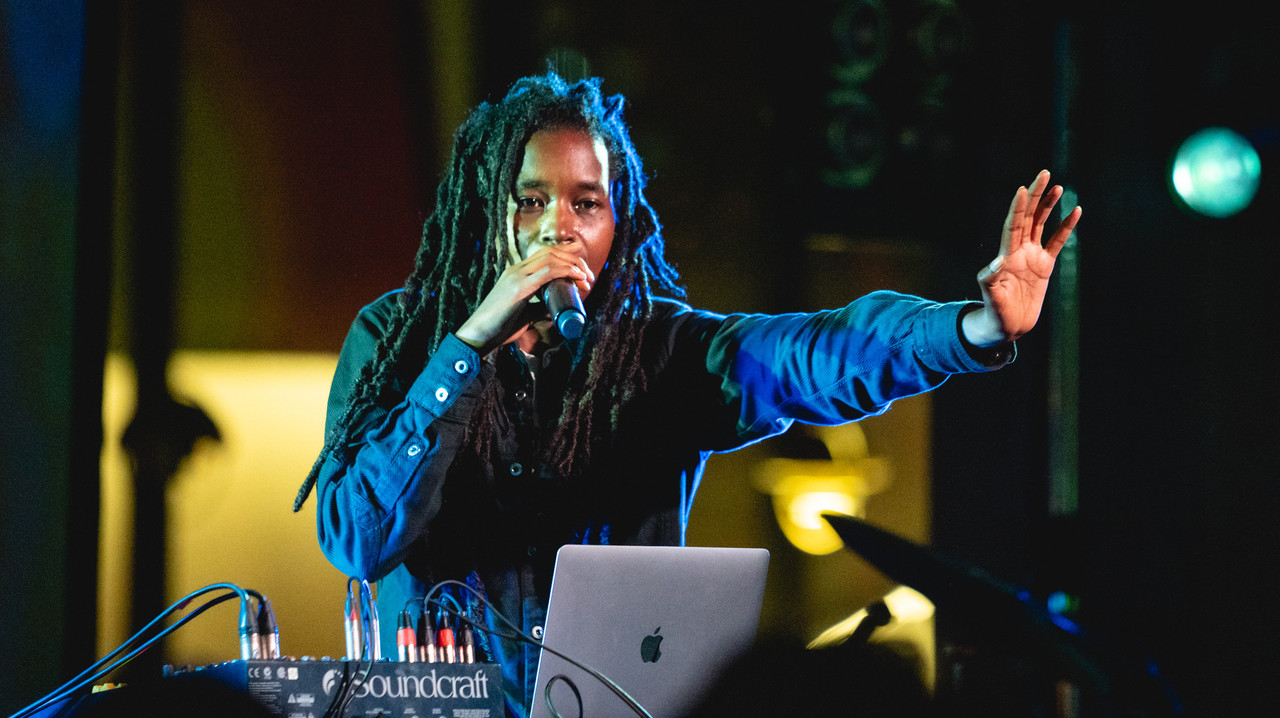 The real intriguing item on the lineup was a late-night performance by staunchly popular noise-rockers Black Midi, playing Waterloo’s Southbank centre midnight on a Friday! Not the Royal Festival Hall, nor even the Queen Elizabeth Hall, but rather the foyer of the centre, which certainly leant to the carnage aesthetic that resonate with Black Midi’s sound. Supporting the indie-darlings was Moor Mother, who brought an arresting sonic immediacy to the Friday crowd; juxtaposed with most of Waterloo going home or catching their last trains. When BM do actually arrive on stage, they are clearly worried about the recent tragedy of Astroworld as Cameron Picton routinely asks the crowd to stop pushing against the make-shift lobby stage. It all adds to the ensuing bizarreness of the gig being held at the Southbank Centre at midnight – and the crowd still mosh and dance and scream with delight as if it’s a July outdoor festival gig. It’s a strange experience dancing to a band that seem to be anti-pop, anti-rock and even anti-chord – think Metal Machine Music meets Steely Dan – though somehow it works. Despite frontman Geordie dressing in a smart blazer in an attempt to reflect the more civilised-on-the-surface surroundings, you could hardly call the place civilised by the time John L was played. When the excitement had ended and the rubble remained and the Midi had left the Southbank Centre; Waterloo was eerily silent on a moonlit night, aside from punters wondering how to get home now that the trains had stopped running. 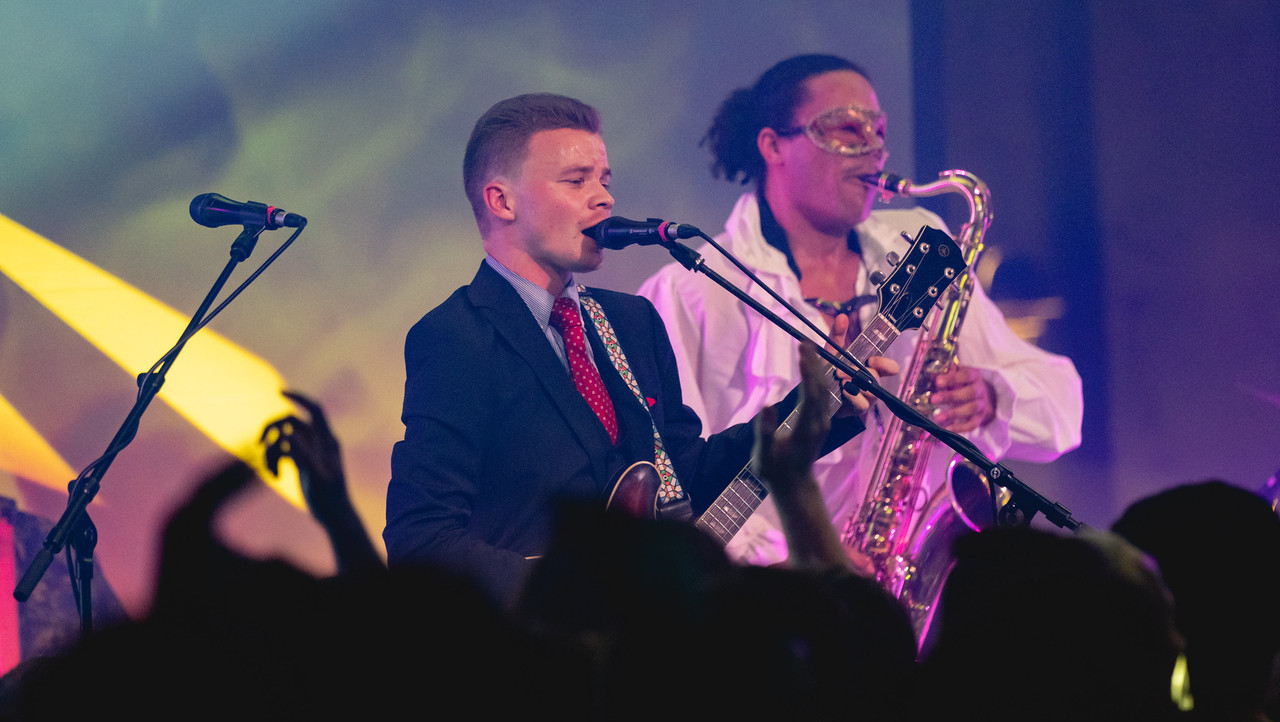 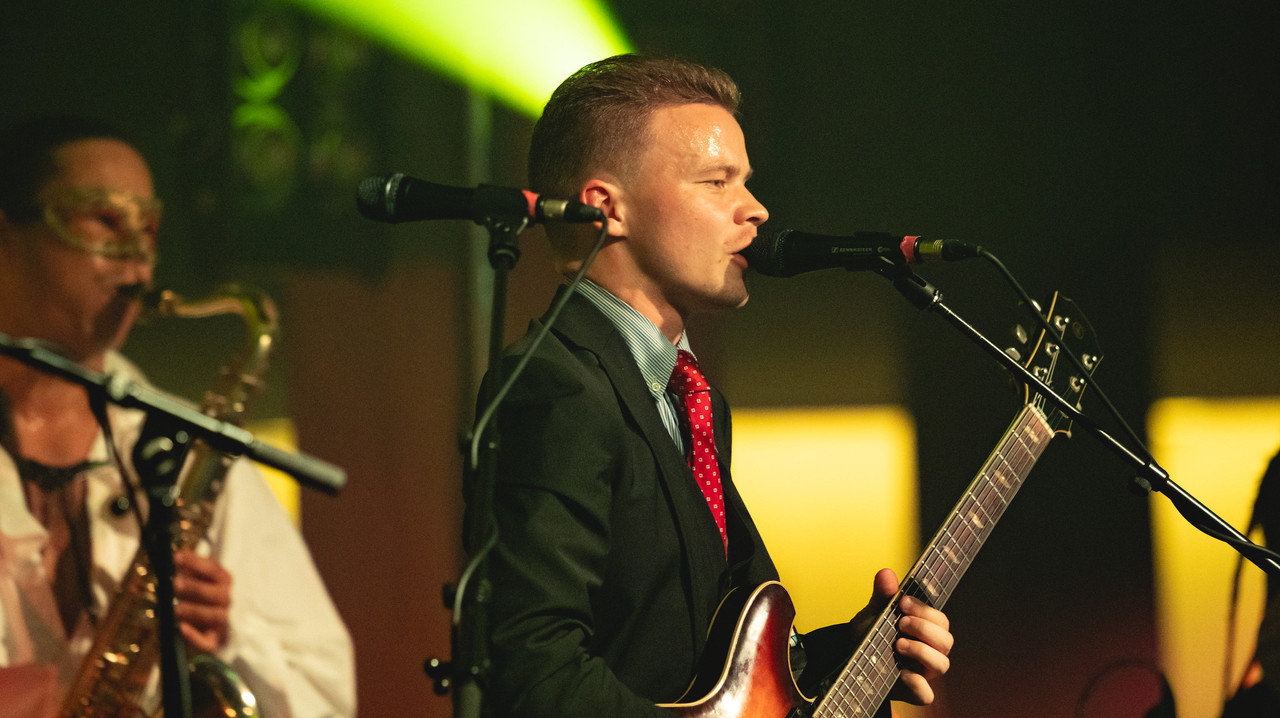 By the closing of the festival on the Sunday, what better band to headline the Pitchfork festival than arguably the most Pitchfork band of all time? The reformed Stereolab – playing at the Chalk Farm Roundhouse in Camden – on a packed bill that saw Beak and Girl Band amongst the many supports on two stages. Sadly, Beak had to pull out of the festival at short notice and were replaced by SCALPING. The Dublin power-noise outfit Girl Band greeted their devoted fans at the Roundhouse with a blistering, sonic assault that rendered Stereolab’s sound ABBA-esque in comparison. It was a midly historical night for Girl Band, as they announced their name change to Gilla Band here shortly after. Stereolab, oldie veterans compared to the youthful up-and-comers on the rest of the bill, triumphantly headlined a fun night at the Roundhouse and were clearly having a good time. Laetitia Sadier exudes comfort and continental French charm singing what is essentially a greatest hits Stereolab set; complimented seriously by ex-hubbie Tim Gane as the power-rhythm section. Compared to the noisier acts of the Pitchfork bill, Stereolab are a somewhat pleasing audible blanket , think Astrud Gilberto In Space – with full Roundhouse pillars surround sound stereo. Whilst the Gilla Band fans had scarpered soon after the support slot had finished, what remained on the main stage was a devoted crowd of middle-aged obsessives who’d been there the last time round and young, new converts; due to Pitchfork’s credit perhaps? There was still room for disappointment, as one crowd member repeatedly shouted a request for Revox – “Maybe next time” was Sadier’s appeasing response. A fantastic set all the same, with Brakhage opening and John Cage Bubblegum, the cult-single closing the encore. 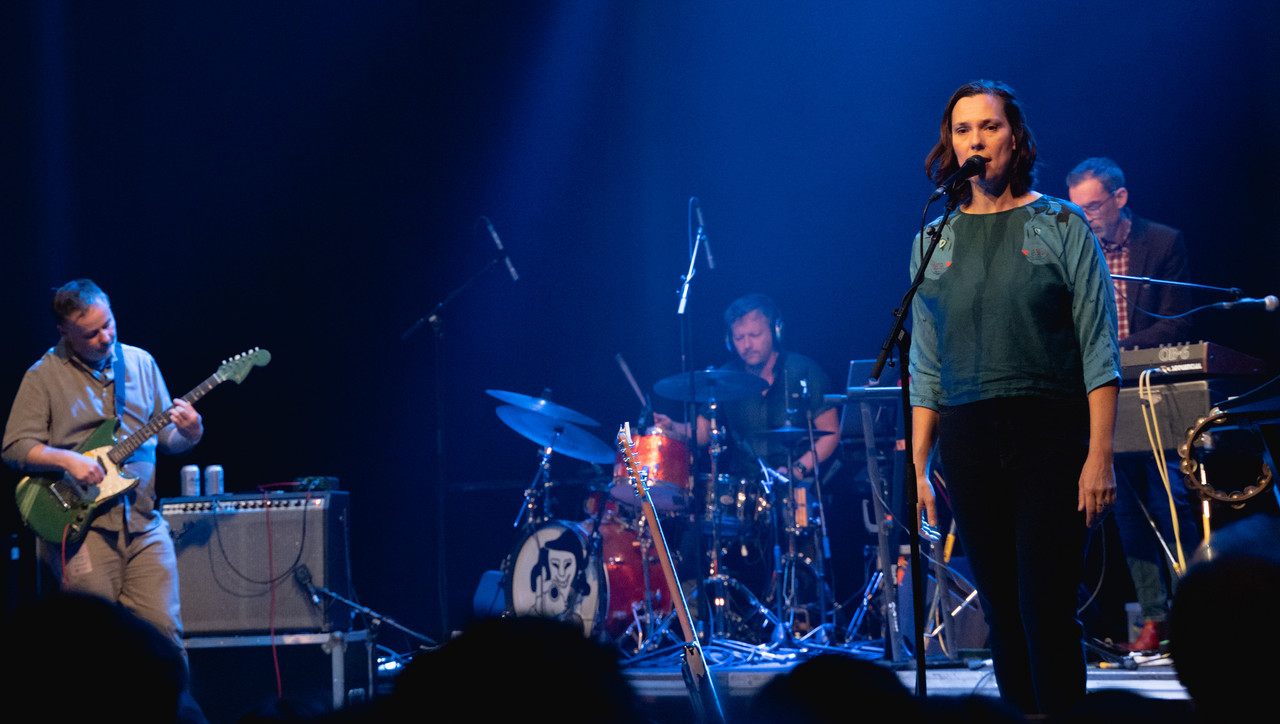 And that was Pitchfork Fest 2021. To conclude, a very welcome addition to Q4 of any festival lineup year. Pitchfork brought a delightful mix of very on-pulse acts blended with some faithful heavy hitters. Lovingly curated and spreading itself delicately across the city added to its diverse identity.  Next year will be a very crowded and over-saturated festival market due to the New Normal Post-Pandemic Life ™ so it will be interesting to see what goods Pitchfork Fest hands out in 2022. 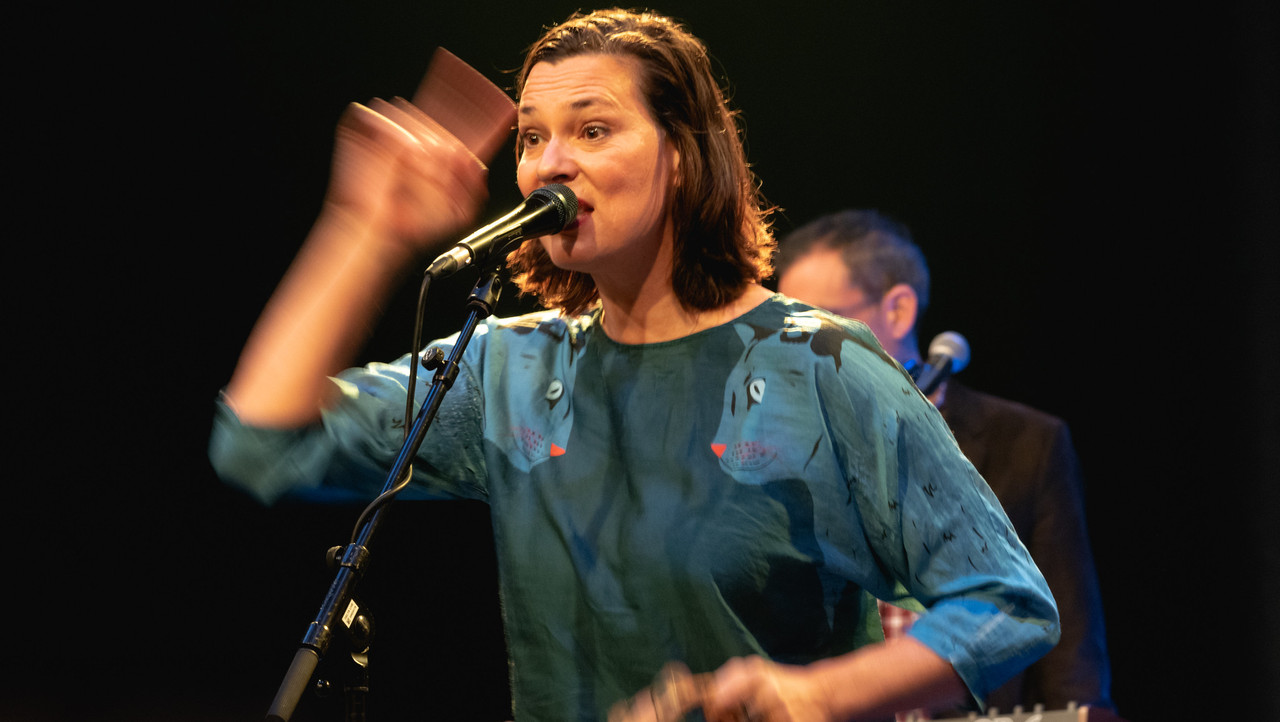