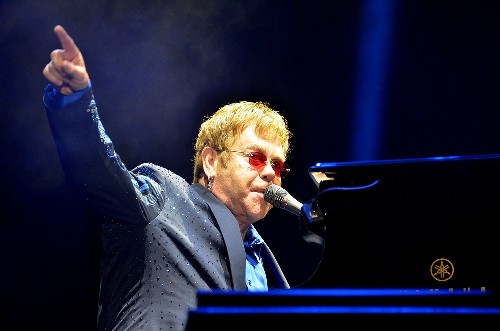 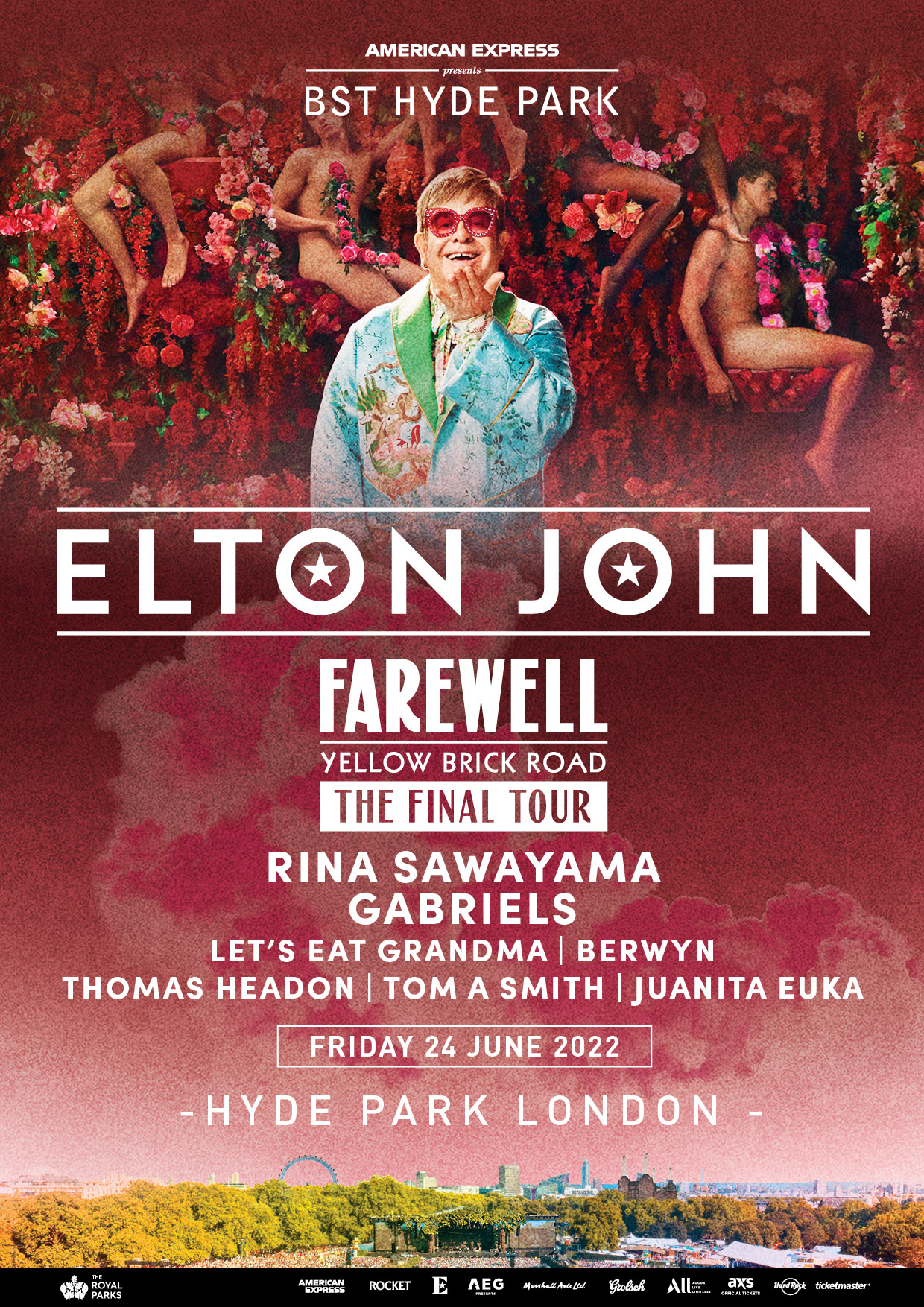 One of the most influential and vital artists of all time, Elton John is coming to American Express presents BST Hyde Park on Friday 24 June as part of his record breaking  ‘Farewell Yellow Brick Road - The Final Tour’. Today, Elton John and BST Hyde Park are delighted to announce the full line up of artists joining the Rocket Man in London’s best venue. The artists playing have been personally selected by Elton himself - the range and quality announced today further reinforcing his reputation as one of the UK’s greatest champions of new and emerging artists: Rina Sawayama, Gabriels, Let’s Eat Grandma, Berwyn, Thomas Headon, Tom A Smith and Juanita Euka.

BRIT Award nominee Rina Sawayama rose to fame following the release of her critically acclaimed debut album SAWAYAMA in 2020. She and Elton collaborated last year with the stunning duet ‘Chosen Family’, and she’s since collaborated with Charli XCX on her hit single ‘Beg For You’, and will release her eagerly anticipated second album Hold The Girl this September.

Also joining the bill are Los Angeles soul trio Gabriels. With their 2021 release ‘Love And Hate In A Different Time’ hailed by Elton as “one of the most seminal records I’ve heard in the past 10 years”, their performance on 24 June certainly isn’t one to be missed.

British pop-duo Let’s Eat Grandma also join the line up. Their critically acclaimed new album Two Ribbons was released in April. Following a whirlwind three years that saw the band win a Q Award for best album and play Coachella, the album explored the relationship between band members Jenny Hollingworth and Rosa Walton and all the twists and turns it took as they were on the road.

Elton John’s list of accomplishments are unsurpassed in their breadth and longevity. Encompassing 5 continents, and over 350 dates, this 5-year-long Farewell Yellow Brick Road tour will end in 2023 and marks his retirement from touring after more than 50 years on the road. In 2019 it was named Billboard's Top Rock Tour and Pollstar’s Major Tour Of The Year. In the UK, he has scored 7 Number 1 Albums, and 7 Number 1 Singles (and 31 UK top 10s). Elton is one of the top-selling solo artists of all time, with 1 diamond, 40 platinum or multi-platinum, and 24 gold albums, over 50 Top 40 hits, and he has sold more than 300 million records worldwide. ‘The Lockdown Sessions’, an album of collaborations recorded during the COVID-19 Pandemic, was released in October 2021 and went straight to number 1 in the UK album Charts, becoming Elton’s 8th UK number 1 album in the process. Its lead single “Cold Heart (PNAU Remix) with Dua Lipa” became a bona fide global hit, reaching number 1 in the UK and Australian singles charts. Its success meant that Elton became the first ever solo artist to score a UK Top 10 hit single in 6 consecutive decades. In America, he holds the record for longest span between Billboard top 40 hits at 50 years.

2019 also saw the release of ‘Rocketman’ and global bestselling autobiography, ‘ME’. An epic fantasy musical motion picture of Elton’s life, 'Rocketman' has been a commercial and critical hit, taking close to $200m at the box office, winning Elton his second Oscar in the process.

London’s festival is back for THE celebration of the summer. After two years away, American Express® presents BST Hyde Park returns for the 8th edition for more unique shows and unforgettable music moments, and a huge and eagerly awaited celebration for the nation. The festival has been at the centre of London’s summer since 2013, bringing the world’s biggest artists to the greatest outdoor venue in the world over consecutive weekends with a host of free activities and entertainment during their midweek programme, Open House. We cannot wait to welcome everyone back.