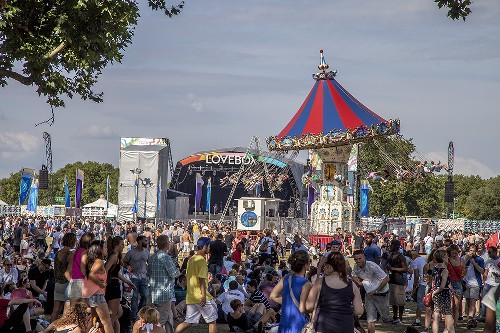 LN-Gaiety Holdings Ltd – a joint venture between Live Nation and Gaiety Investments – have closed a deal to take over festivals and venues operator MAMA & Company, which operates live music events including Lovebox, The Great Escape, Wilderness, Citadel, Somersault, Global Gathering, Escape Into The Park, Eclectricity, and Vintage Festival, as well as a 50% shareholding in All Tomorrows Parties.

Paul Latham, Live Nation's chief operating officer UK & Ireland, told Music Week, (here), "We are delighted to be welcoming new venues, and some that we have previously managed, into the group. Likewise MAMA have made great strides with their festivals and the creativity they have demonstrated will be complimentary to LN-Gaiety’s existing portfolio."

Their portfolio of large UK festivals continues to grow with them already having a major stake in the V Festival, and owning  Creamfields, T in the Park, Download, Wireless, and Hard Rock Calling festivals.

They also have a controlling stake in Festival Republic (formerly Mean Fiddler) who run Reading and Leeds Festivals, Latitude, Longitude, and Electric Picnic.

Live Nation also owns and/or manages gig venues, rock arenas and music festival sites around the world and teamed up with Denis Desmond's Gaiety and formed a company called Hamsard buying the Mean Fiddler group for £38m, along with music venues including ten venues in The Academy Group, including Brixton Academy, and Wembley Arena in London.

Deer Shed is a true family feast for all ages! And healthier than a Colonel's bucket!
Deer Shed 2022 review
last updated: Yesterday, 01:07pm

I Am Next bring their first festival to London
bringing some of the hottest names in UK British black music to London over 4 days in September
last updated: Yesterday, 12:35pm