Off The Tracks appeals for help from festival goers 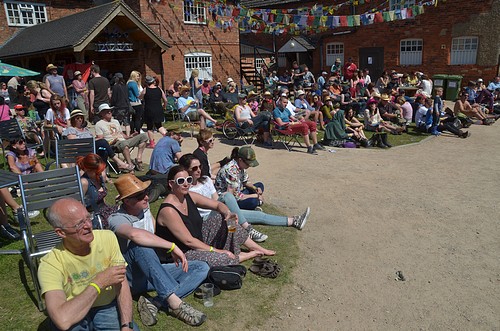 Off The Tracks Festivals organisers read how a regular reveller at the dual event had his live in vehicle destroyed in an arson attack and are now asking for donations from their festivalgoers of clothing and other household items to help Matty rebuild his life at this summer's event happening over the weekend of Friday 30th August until Sunday 1st September 2013.

Matty Hands' converted 1974 Leyland bus was destroyed in an arson attack in Coventry in July, robbing him of all his clothes and possessions. See the Coventry Telegraph news, (here).

Matty was a regular at Off The Tracks Festivals, the twice-yearly independent music festival held near Castle Donington on the Derbyshire/Leicestershire/Nottinghamshire border and OTT organisers have invited him and a guest along free of charge and are urging people to bring items for Matty. (Anything which isn't suitable will be donated to Oxfam.)

Organisers appeal, "If you have clothes (size L or XL, trousers 38w/32l), shoes size 9 or 10, or other items that might help Matty out, please bring them along to the festival next week. No old junk, please, we want to help Matty rebuild his life, and it would be great if we can do this for him. Anything that isn't suitable can be donated to Oxfam on site."

This popular family-friendly festival takes place in and around the courtyard of a farmhouse and offers folk, roots, dance and fusion on two stages, accompanied by 70 real ales, ciders and perrys, acoustic sessions, stalls, and atmospheric surroundings. The facilities include hot showers and caravan hook-ups.

Tickets are priced at £75 for an adult ticket for the weekend with camping, and £40 for a youth (aged 12 to 16 years) ticket, children aged under 12 go free and do not require a ticket. Advance tickets also cover free camping and parking, including caravans and live-in vehicles.