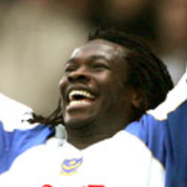 By LinvoyPrimus,
June 29 in Chat

It's weird. Gray's big - that tour was in arenas - but could well end up way off the beaten track in Avalon. Best hope I think would be sixth on the Pyramid on the Saturday - an early afternoon r