By turricandan,
June 29 in Chat 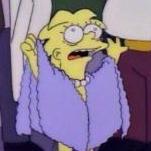 I'm gutted that Ziggy Marley's set isn't available to watch - that was one of my favourite bits of the festival. First set back in front of the Pyramid stage - I shed some happy tears! Not least when

Yeah and it’s also what the majority of pop and hip hop acts do and it’s totally normal and accepted.