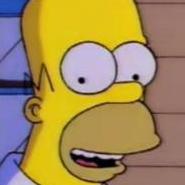 By Hutchmaster,
June 27 in Chat

First year of Sticklinch this year so thought it'd be worth getting people's opinins. For context, I was in a 2 man bellpad by myself. The bellpad itself was nice and roomy, was able to fit in a

I never used the 2 person tent in WV but I’m pretty sure it is. There was plenty of room for 2 air beds and space in the middle then you have room at the door of the tent too.