By kalifire,
June 23 in Chat 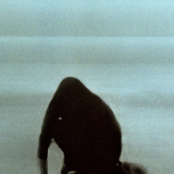 Lost my phone last night, some bloke picked it up and kept it charged until we called this morning to come collect it. Told him if he sees me at any point he has a free drink token from me, and i

Loads of scousers this year!

Well Go_A are awesome. Holly Humberstone seemed pretty sweet, and Self Esteem is putting on one hell of an act. Not surprised they're appreciating it.