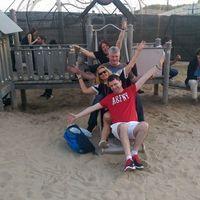 By Fnmentaluk,
June 13 in overseas festivals

Any music festival now that lasts less than 12 days is a disgrace.

Haha this is gold

Jarvis Cocker has confirmed that Pulp are reuniting for live shows next year.  Gotta be a good shout as headliner?  https://www.brooklynvegan.com/pulp-are-reuniting-for-shows-in-2023/