It will be people with an EPO (Easy Pass Out) QR code on their wristbands. It's for people who are working on site and need to come in and out, so Oxfam volunteers, recyclers etc. WaterAid volunteers 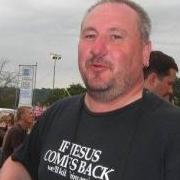 Sounds like the Easy Pass Out given to workers camping outside the festival.

It was our first year in Campervan East and while I loved being closer to the action than West, I didn't enjoy the amount of additional queuing involved.  That said, the Tuesday evening on the hill ov