How rough/muddy is the trek to the campsites

By Bigfishlittlefish,
May 16 in Questions 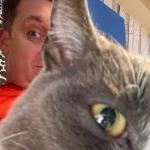 Oh for sure, getting it on a coach wouldn't usually be possible. Good luck in your quest!

I've used this exact trolley for the last 6 festivals and it's still going strong! 🙂 You'll still have to walk across a bit of a Farmers Field, from what I remember, even travelling by coach. I came b