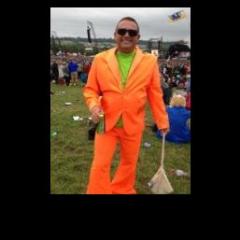 There may be a possibility of me Djing in the Tow and Hitch. I’ve contacted them and seamed keen on what I play. Just waiting to hear back. Would be a dream come true if it happened.

Hi all. I don’t think we have anything covering this so far, so any information about Glasto crew bars, access, wristbands, line ups etc. welcome here.  Arcadia’s Tow and Hitch has just confirmed