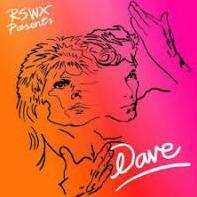 By DDave,
February 1 in overseas festivals

Was sorry to wake up to the news about the recent death of Mark Lanegan. I'm posting it on here as he was one of the many acts that Pukkelpop has exposed me to and got me into over the years.

Stormzy will play Core after all. Maybe also Pkp but not as a headliner.    A+

For me (if everything is going to happen finally) this could be my best summer ever! 😳😂