By killyourtv,
September 7 in End of the Road

Tired of seeing 2020 in the title so started a new thread about the triumphant return. My 9th since 2011, and in many ways my favourite, though you never forget your first time entering the garde

Got back from the festival to walk into a real viper's nest at work so have barely had a second to process my thoughts. First and foremost, as I said before, being back at a festival, in the suns 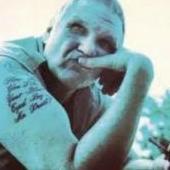 Arrived on Thursday excited beyond belief and headed in for first band on the Woods Stage, Blood Wizard. How the organisers managed to pull it out of the bag so remarkably is astounding. To compl