I was at Green Man last weekend. I'm 69, double jabbed and had a negative lateral flow the day before. I treated the weekend in exactly the same way as I had done festivals before; I hugged my friends 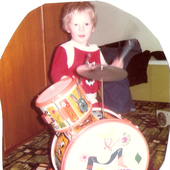 We’ve decided no regrets whatever happens.    if I’m going to catch it better at EOTR than Tesco