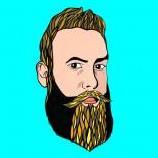 Imagine doing a poo at one festival and finding out its been taken to another festival to spend the weekend. Romantic, in a way.

It’s not the sit down part people are worried about. How many people have touched the same toilet door handle without washing their hands? Definitely a risk of transmission there.    If only th

This is like watching a bad 80s sitcom where people think you can catch aids by touching the door handle after someone who is gay has used it.