Well, I guess it's Fixa... not happy about that 😄 And here is my last guess before tomorrow!

4 DAYS (15-18/6) Biffy Clyro, Royal Blood, Green Day and Fall Out Boy headlining. Most of the line-up will be announced next Thursday. 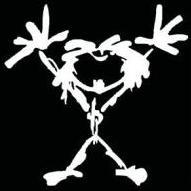