By TheFullShaboo,
July 28, 2021 in overseas festivals

Our group are buying our flights tonight 😅    Worst comes to worst we'll just turn it into a villa holiday instead of the festival!

Just checked and their website has recently been updated.    Under their buying process, it says about being able to buy 2 tickets in the first price bracket and then 6 in the next, so yes, see 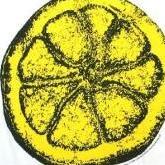