By maelzoid,
July 24 in Chat

First festival back last week. Pitchfork in Chicago. Perfect weather and despite the dust due to the field being used up the weekend prior cause of another festival, it mostly went well. Some long lin

My wife's first gig back was last week at Gorillaz at the NHS gig at the O2. When she got back she said she was so emotional being back at her first big gig (we did Farmsfest before) she almost cried 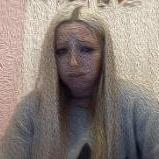 Went to see Bez perform last night. I have new appreciation for what he does. I ended up on stage dancing with him and what he does is hard work. You might think that dancing around like a tit is easy