Get The Murder Capital back.

I'll never complain about one of the most significant bands of all time being confirmed for EOTR, even if it's a reconfirm! 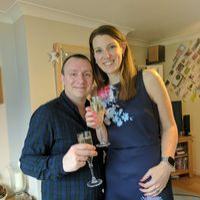 I've still yet to buy into the Wet Leg hype. I've yet to hear what is making people lose their shit over them. Not bad by any shot, and there's a good chance I'd go and see them if they played, but re