Thoughts on a arriving on Friday night

A friend of ours (a Teacher) couldn't come down until Friday night and had to leave early Sunday night.   We were in CV East. We arrived early doors Wed. What we did is take a small ten 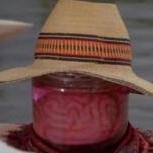 At the tender age of waaay tooo old (I was alive when England won the world cup!), we switched from campervan to standard camping and wondered why we ever did the campervan. My tent (a small fresh&amp

part of my festival experience wouldve been me punching him in the face for pissing on my car, ive got to be honest. you're extremely tolerant!