Anyone who says that Biffy are a pop band have either not listened to Biffy properly or not listened to pop for a while. At Reading they sounded like Slayer compared to the rest of the main stage 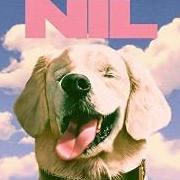 This would be a decent ol' time. Misfits ain't happening but special guests to Metallica is the dream:    Avenged Sevenfold / Judas Priest / Halestorm   Sabaton  My Chemical Romanc

if Gojira released a bunch of crap albuns...