BMTH should (and will) do a normal BMTH set. There’s plenty of material post Sempiternal that will go down brilliantly at DL (Throne, Happy Song, Follow You, Mantra, Wonderful Life, everything from th

Not a lot of dad rock in this prediction. 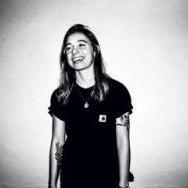 Used to be massive BMTH fan when I was 16 but slowly grew off them to the point where I sort of written them off. Thought TTS was just ok and really didn't like Amo but Post Human Survival honestly br